The Best 6 Vitamins for a Healthy Immune System

When it comes to overall health, a well-balanced diet filled with whole, nutrient-rich foods ensures we are creating as little inflammation on the body as possible, while also supporting gut health. Keep in mind that gut health determines our ability to absorb vitamins and nutrients, as well as be selective about keeping toxins out of the bloodstream.

With these foundational health guidelines in mind, these are the six most important vitamins for supporting your immune system.

Vitamin C is an antioxidant frequently used for the common cold due to its positive immunological response to help fight bacteria and viruses alike. It has the ability to neutralize free radicals that results from foreign invaders during illness, as well as stress. Vitamin C also supports adrenal function and plays a role in the production of the adrenal hormone epinephrine and norepinephrine, both of which are crucial for the body’s ability to handle infections and stressors.

Typically vitamin C is purchased in supplement form as ascorbic acid. This is very different than when consumed through food because ascorbic acid is the antioxidant wrapper that comprises a mere 5 percent of the total vitamin C complex when found naturally.

Vitamin C is typically found in citrus and is water-soluble, meaning it’s found in bodily compartments that are water-based such as the blood and within cells. It’s absorbed through the gut lining, and therefore re-emphasizes the importance of gut health to support the immune system.

When it comes to vitamin C absorption, bioavailability and absorption matters. Ascorbic acid is filtered by the kidneys, and studies show that actual absorption levels range from. Approximately 70–90 percent of vitamin C is absorbed in moderate intakes of 30–180 mg/day. However, at doses above 1 g/day, absorption falls to less than 50 percent with the absorbed, unmetabolized ascorbic acid being excreted in the urine.

Liposomal vitamin C, on the other hand, is cleared from the blood and shuttled directly to cells. It is wrapped in essential phospholipids and is therefore absorbed in a manner similar to dietary fats. It is taken up by the lymphatic system with an estimated 98 percent efficiency. Once there, it moves from the lymphatic system into the bloodstream. As a result, liposomes deliver more vitamin C into the circulation compared to traditional vitamin C supplements.

Best known as the “sunshine vitamin,” it should come as no surprise that vitamin D levels typically fall during the winter months when daylight hours decrease. This corresponds with the time of year we typically see higher incidents of the common cold and flu, as well.

Vitamin D is manufactured in the skin when in contact with ultraviolet light in the sun’s rays. The sunlight interacts with a form of cholesterol that is then transferred to the liver or kidneys and converted into vitamin D.

In addition to regulating calcium homeostasis for blood pH levels and bone health, vitamin D plays a role in modulating the innate and adaptive immune responses. In 2009, the National Institute of Health warned that low vitamin D levels are associated with frequent colds and influenza.

Vitamin D is best created through the natural process of sun exposure on our skin, making sunshine the best remedy for maintaining healthy vitamin D levels. However, during winter months, a vitamin D3 supplement will be a suitable alternative. Vitamin D3, or cholecalciferol, is one of the forms of vitamin D. Both D2 and D3 need to be converted by the liver and kidneys into the main form of vitamin D that circulates through the body. Research shows that D3 is more effective in raising overall vitamin D levels in the body compared to D2.

Zinc is our second most concentrated trace mineral after iron and plays a role in many enzymatic functions, wound healing, vitamin A utilization and has been shown to support the immune system.

Zinc improves our antibody response to vaccines and can improve cell-mediated immunity by helping regulate white blood cell function. Higher levels of zinc can also increase the production of T lymphocyte cells, responsible for directly recognizing and killing viruses in the body. Double-blind studies have also verified that zinc therapy is helpful in reducing the incidence and severity of colds and other infections.

NAC has been a go-to vitamin for immune support due to its role in antioxidant production. In combination with glutamine and glycine, NAC is needed to make and replenish one of the body’s most powerful antioxidants during times of stress, inflammation and infection: glutathione. Glutathione helps neutralize free radicals that can damage cells and tissues in your body, which is essential for immune health and repairing cellular damage.

Another study conducted by the University of Genoa, Italy showed that very few of the test subjects taking NAC developed flu symptoms despite being infected by the virus. For those who did experience symptoms, they were mild compared to those taking the placebo.

Responsible for playing a role in vision, promoting growth and development, and protecting epithelial and mucous membranes, vitamin A also plays a critical role in immune function. It also improves antibody response and is primarily important for preventing immune infections. Included in our mucous membranes are the nose, mouth, and eyes, all of which are susceptible to the bacterial and viral infections.

Vitamin A has both promoting and regulatory roles in both the innate immune system and adaptive immunity and can, therefore, enhance the body’s immune function and provide enhanced defense against multiple infectious diseases.

The flowers and berries of elderberry have been widely utilized for their antioxidant properties and ability to support the immune system. Folk medicine has relied on elderberry to soothe infections and influenza, as well as headaches, dental pain, and nerve pain.

These vitamins and nutrients have been shown to support the immune system through scientific research, but do not serve as a substitute for a well-rounded health protocol or viral infection prevention. Utilize all health recommendations for the general public and consult a physician to discuss your unique needs. 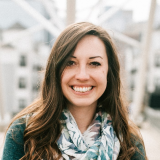 Deidre Bloomquist is the nutritionist and owner of Always Growing Nutrition based in Denver, CO. She is a Precision Nutrition L1, Institute of Integrative Nutrition Health Coach, studying Nutritional Therapy Practitioner, NASM CPT, and Certified CrossFit Trainer (L3), as well a freelance health writer. Deidre studied journalism at the University of Denver.

Our delicious Strawberry Banana Protein Ice Cream recipe is loaded with protein without the sugar. Stay cool in hot weather with...

Our hot chocolate protein cookies will take care of any sweet tooth craving while providing a dose of protein. They're easy...

Lessons Learned From Squatting Everyday: What You Should Know

The squat everyday program has allowed many people to build enormous amounts of lower body strength and power in record time....