Successfully losing weight and keeping it off is arguably one of the greatest challenges you can experience as an athlete. On top of having to reduce food, your body does everything it can to hold on to body fat, despite your efforts.

But research suggests that using refeeds or breaks from calorie restriction might make this process a bit easier and perhaps, more practical.

To come, we'll dive into how and why your body adapts to calorie restriction and how regularly increasing calories can make efficient and sustainable weight loss a reality.

It's been well established that weight loss comes down to a balance of calories consumed to calories expended. Restricting calories forces your body to use some of your tissue - like fat or muscle - to supply these calories, and you lose weight (1, 2).

But this process doesn't happen indefinitely.

Eventually, your metabolism compensates by reducing calorie burn at rest and while exercising. It also alters how hunger and satiety hormones function, making the process of weight loss all the more challenging (3).

Take the hormones leptin and ghrelin, for instance. These two hormones are like yin and yang.

Leptin, secreted by fat tissue, tells the brain that energy reserves are high, leading to reduced food intake. Ghrelin, secreted in the stomach, does the opposite by increasing hunger (4-7).

Studies consistently show that when you never break from dieting, leptin declines while ghrelin increases. In effect, you feel hungrier, and don't have the signal (leptin) necessary to limit food intake. It's one of the body's ways of trying to curb excessive weight loss (5, 6, 7).

As if those changes to hormones weren't enough, the body doesn't stop its mission of thwarting your weight loss attempts. It also compensates by reducing the calories you burn at rest and during activity (8).

This initial reduction in calorie burn is to be expected. Your body is smaller so there is less to maintain. But the kicker here is that studies show the body overcompensates in this process. It sees calorie reduction as a threat to survival and amps up energy efficiency to reduce the impact (9, 10).

Additionally, the body even reduces calorie burn outside of the gym during activities of daily life like walking, carrying groceries, or even cleaning your kitchen. Most of us forget that these activities burn calories, despite being a major part of our daily calorie burn (8, 11).

So, as a result of calorie restriction, hormones work against you, and energy burn declines during and outside of exercise. It seems pretty apparent that weight loss isn't the natural state of our bodies. Once you start, our bodies do everything to stop it.

However, these changes can be delayed and possibly avoided by using periods of controlled overeating - a process otherwise known as refeeds (3-14).

Restricting calories forces the body to compensate by making your calorie deficit less impactful. But this process happens over time.

Just as lifting weights doesn't immediately make you jacked, creating a calorie deficit doesn't automatically lead to total metabolic adaptation. If it did, you wouldn't lose a significant amount of weight.

But when calorie restriction is continuous for weeks on end, it signals to your body that this calorie intake is the new norm, and adaptation persists. Refeeds are a way to disrupt this message and potentially avoid this adaptation by giving you an opportunity to increase calorie and food intake.

Now, that might sound strikingly similar to the idea of cheat meals, but it should be considered a different practice.

The term "cheat" implies that you're going against the requirements of your diet. That's why most cheat meals include large amounts of foods like cheeseburgers, donuts, and French fries - foods typically not allowed. And if you've ever used a restrictive diet and cheat meals, you know it's a much-needed break.

Refeeds, on the other hand, are meant to provide more calories to avoid adaptation, while maintaining normal eating habits.

Instead of a one meal free-for-all, a refeed allows you to stick to your standard macronutrient ratios and increase total calories back to normal for a few days or even weeks.

From experience, cheat meals are opportunities to break from the monotony of a restrictive diet. Refeeds are more of a controlled break from dieting to avoid the adverse metabolic changes that come with calorie restriction.

WHAT THE SCIENCE SAYS ABOUT REFEEDS

While most of this information, like calorie balance and adaptation, isn't up for debate, the idea of refeeds and breaks from dietary restrictions aren’t as common. So, do refeeds provide a meaningful benefit?

Research suggests they do.

A recent 2018 study published in the International Journal of Obesity, perhaps best exemplifies the power of using regular refeeds for effective and sustainable weight loss (12).

In this study, 51 obese men took part by restricting calories by 33% for 16 total weeks. The catch, however, was that half of the participants used two-week refeeds.

For example, the standard group participants restricted calories by 33% every day for 16 weeks straight. The other group followed the same process, but increased calories back to normal at two-week intervals, for two weeks. As such, this process took 30 weeks for the refeed group.

Despite spending the same amount of time in a calorie deficit, the subjects using two-week refeeds saw more impressive results. For instance, their fat mass declined to a greater extent than the standard group. Plus, their metabolic rate remained elevated, despite weight loss (12).

Here, we can easily see the power of using refeeds. Yes, the dieting process took twice as long, but those participants found greater success and had fewer metabolic adaptations, making weight changes simpler and easier to sustain (12).

A different study published just last year in the Journal of Functional Morphology and Kinesiology came to similar findings (13).

Over seven weeks, one group of participants restricted calories daily while a second group ate maintenance calories for two days every week.

At the end of the study, both the refeed group and the standard dieting group lost a significant amount of fat mass. However, consistent with other studies, using refeeds prevented a significant reduction in metabolic rate. The standard group, however, showed a significant decline – suggesting adaptation (13).

One fascinating study found in the journal Obesity shows us differences between short and long diet breaks compared to a straight-calorie restriction diet (14).

Interestingly, the main idea behind this study was to understand how breaks or relapses from one’s diet would affect progress and the ability to return to dieting habits. This is indeed a concern for refeeds, particularly for individuals that don’t have consistent control over food intake.

Over 20 weeks, all participants restricted calories. They dieted while following one of three procedures:

After each break, they returned to their normal dieting calories, while monitoring bodyweight.

Impressively, in addition to showing no difficulty managing diet breaks, participants lost a similar amount of bodyweight across groups, with no differences between groups. However, the data shows that straight calorie restriction caused a plateau. In fact, participants in the no-break group lost virtually no weight from weeks 14-20 (14).

While the diet break groups lost weight at a slower pace, they lost that weight more consistently. Plus, the short break group stopped breaking after week nine, yet continued to lose weight. Had additional breaks been added, weight loss would likely have been even greater.

Based on these trends, we see that regular diet breaks might be slower, but allow for more consistent changes that avoid plateau and provide a more sustainable approach (14).

It's no mystery that restricting calories leads to weight loss. But what we see with the previous studies is that periodic refeeds help sustain a healthy metabolism, despite weight loss (12, 13, 14).

When calorie restriction is sustained indefinitely, we see a plateau in weight loss, which is to be expected. When periods of increased calories come into the mix, we see that this plateau is avoided, at the cost of speed (12, 14).

Perhaps the greatest benefit here is that refeeds help to avoid that metabolic adaptation, which is particularly essential for after the diet ends. Metabolic adaptation means that increasing calories puts you at risk of rapid weight regain (15).

HOW TO USE REFEEDS & DIET BREAKS

Based on new research, it seems apparent that regularly breaking from calorie restriction is a smart move if you want weight loss to be sustainable. If you're interested in trying this process, here are a few guidelines.

HOW OFTEN SHOULD YOU REFEED?

The literature is mixed on this subject. Studies have found success with the refeed method by using it once per week to once every two months (12, 13, 14).

If your dietary choices are restrictive and you feel you need breaks more often, consider using a refeed for one or two days, each week (in place of cheat meals). If you track macros and don't feel the need to break from the diet regularly, incorporate planned overeating for a few days once every two to three weeks.

HOW LONG SHOULD YOU REFEED?

There's no definitive answer here, but the duration of your refeed should be related to how long you've spent restricting.

For example, if you're using refeeds every week, one or two full days in a row of increased calories might be sufficient. Using a longer duration break from dieting is probably a better choice if you're doing it once per month, for instance (12, 15).

HOW MUCH & WHAT SHOULD YOU EAT?

If you've established your maintenance calories - or the calories you were eating before the diet - then returning to maintenance is an easy solution for refeeding. Otherwise, start with a 15-20% boost in calories relative to your dieting calories. As you become more experienced, add or reduce that amount until you find what works best.

Finally, try to maintain your typical food choices. Sure, indulging during a refeed is acceptable; just don't make eating junk the priority. And if you're already tracking macros, this shouldn't be an issue.

One option to add additional calories to your diet without eating junk is to add a high-quality carbohydrate supplement like Glyco-Muscle Fueler and a protein powder like our Grass-Fed Whey Protein Isolate and Colostrum. Each provides 20 grams of carbohydrates and 25 grams of protein respectively.

When you restrict calories, your metabolism and hormones compensate - making further weight loss and management, challenging. But, periodic refeeds, where calories increase for a time, might be a simple solution.

Studies show that planned calorie increases make weight loss easier and help maintain your body's metabolic rate, helping you to lose weight and keep it off (12–15).

If you care about efficient and sustainable weight loss, implementing refeeds, and regular diet breaks is a no-brainer. 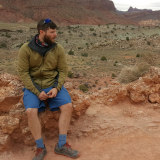