Bovine Colostrum has caught on in recent years and for good reason. Bovine Colostrum is the one nutrient that can deliver nutritional, health and sports performance benefits all in one natural ingredient.

WHAT IS BOVINE COLOSTRUM?

Bovine colostrum is a milky fluid produced by cows after giving birth and is produced for a few days (roughly 72 hours) before regular milk appears that we buy at stores. Bovine colostrum is often called “the first milk”. Colostrum tends to be a thicker, creamier liquid that is made up of three different components, which include Immune System Factors, Growth Factors as well as the nutritional component that supply the body with protein, fats, and other nutrients.

Bovine colostrum is an important source of nutrients, which is rich in proteins, carbohydrates, fats, vitamins, minerals, digestive enzymes and specific kinds of proteins called antibodies. Antibodies fight disease-causing agents such as bacteria and viruses (1). Antibody levels in bovine colostrum can be 100 times higher than antibody levels in regular cow’s milk (2).

In particular, bovine colostrum is higher in protein, fat, carbohydrates, magnesium, B vitamins, and vitamins A, C, and E than regular cow’s milk (1).

While colostrum is rich in macronutrients, vitamins, and minerals, what sets colostrum apart from regular milk are its claimed health benefits that are mostly linked to specific protein compounds, which include:

Lactoferrin: Lactoferrin is a protein involved in your body’s immune response to infections, including those caused by bacteria and viruses (3, 4, 5).

Antibodies: Antibodies are proteins, also known as immunoglobulins, used by your immune system to fight bacteria and viruses. Bovine colostrum is rich in the antibodies IgA, IgG, and IgM (1, 2).

Since bovine colostrum is loaded with nutrients, fights disease and promotes growth, it’s often valued for its ability to boost immunity, fight and/or treat infections and offer related benefits to humans throughout life.

One study showed colostrum supplements to be particularly effective in boosting immunity in elite athletes. During the 12-week study of 35 adult long-distance runners, researchers found that taking a daily bovine colostrum supplement increased the amount of saliva IgA antibodies by 79%, compared to baseline levels (7).

The researchers suggested that higher saliva levels of IgA may strengthen immunity and enhance the body’s ability to fight upper respiratory tract infections (7).

In another study with 29 male cyclists, researchers observed that taking 10 grams of bovine colostrum a day for 5 weeks prevented a post-exercise decrease in immune cells and reduced the risk of upper respiratory infection symptoms compared to a placebo (8).

Other studies have similarly linked bovine colostrum supplements with an enhanced immune response (9). The result is colostrum seems to give the immune system a boost that can reduce the risk of sickness or prevent athletes from falling ill due to a weakened immune system following heavy training sessions.

Research suggests bovine colostrum can strengthen your gut and fight infections in the digestive tract.

These beneficial effects are likely due to the lactoferrin and growth factors bovine colostrum contains (20, 21).

Another study observed that colostrum enemas may be helpful in treating colitis, a condition characterized by inflammation of the inner lining of the colon. Colitis can be associated with diarrhea, abdominal pain, bloating, blood in the stool, loss of blood supply to the colon and more.

A study in 14 adults with colitis who were taking traditional medications found that taking bovine colostrum enemas in addition to regular medications reduced symptoms more than medication alone (22).

The potential for bovine colostrum to reduce symptoms of colitis is supported by animal studies. However, researchers agree more extensive research in humans is needed (23, 24).

For a healthy body and a strong immune system, your gut health is vital. Although research is ongoing, strong evidence has shown how much a game changer bovine colostrum can be, especially in strengthening the wall of the intestines and combating intestinal permeability.

Bovine colostrum is an ancient food that is being utilized in modern times to help athletes exercise performance and body composition. From professional athletes to weekend warriors, bovine colostrum could be the most important natural substance to help athletes achieve their desired results. Research shows that colostrum can help to improve strength and endurance, build lean muscle mass, burn body fat, boost immune function, which typically dips after strenuous exercise, shorten recovery time, and accelerate healing of injuries. (25)

A study conducted in Finland found IGF-1 induces protein synthesis, which leads to an increase in lean muscle mass without a corresponding rise in adipose (fat) tissue. The growth factors in colostrum shift fuel utilization from carbohydrates to fat (25). This fact makes bovine colostrum attractive to athletes, bodybuilders and others seeking to gain muscle mass without gaining additional adipose (fat) tissue. (26)

One big reason more athletes are turning to bovine colostrum is for improvement in sports performance, but not only for muscle gain. Bovine colostrum has also been shown to improve endurance and sustained peak performance.

A second study reported that eight weeks of colostrum supplementation resulted in an improvement in cycling performance. These findings were presented at the Pre-Olympic Sports Medicine Conference in Brisbane. Compared to their initial performance eight weeks earlier, the group taking 20 grams of colostrum per day completed the time trial 158 seconds faster whereas the group taking whey protein improved their performance time by only 37 seconds (29).

In a third study, a double-blind, randomized, placebo-controlled study investigated the effect of eight weeks of supplementation with bovine colostrum on exercise performance in 17 female and 18 male elite field hockey players. Subjects received either 60 grams of bovine colostrum daily or a whey protein concentrate as a placebo. While improvements in sprint performance occurred in both active and placebo groups, a significantly greater improvement was observed in subjects receiving bovine colostrum compared to the placebo group (30).

For an athlete, utilizing a natural ingredient like bovine colostrum for not only strength gains, but also improved sports performance and peak output can make all the difference when peak performance counts.

Bovine colostrum has been used for both medicinal and spiritual purposes since cows were first domesticated thousands of years ago and was commonly used for fighting infections until the development of penicillin and other antibiotics in the 20th century for good reason. (25)

Studies suggest that regular bovine colostrum use can deliver nutritional, health and sports performance benefits all in one natural ingredient.

If these benefits sound attractive to you, using a supplement like Grass-Fed Whey Protein Isolate & Colostrum is an easy decision. 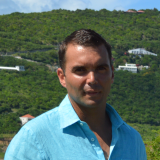 How well you take care of your mind and body directly affects your level of performance. Here are 3 foundational ways...

Achieving true peak natural performance isn't about the latest tip, trick, or shortcut. Let's look at some strategies to help you...