There are ten times more bacteria in your body than cells. The majority of these bacteria live in your gut, and for the most part, are fairly harmless. Good gut bacteria can even have a number of health benefits, these include weight loss, improved digestion, enhanced immune function, and a reduced risk of many diseases. (1)

Probiotics, which are a certain strand of ‘good bacteria’, offer health benefits when eaten. They can be taken in the form of a dietary supplement or obtained from food sources.

Probiotics are formed of friendly live bacteria and/or yeasts that are naturally found in your body. There should always be a healthy mixture of good and bad bacteria in the body, this mixture will be thrown off balance when we get an infection and more bad bacteria will be present. In some cases, probiotics can be introduced in order to bring the gut bacteria back into balance.

Probiotics should not be muddled with prebiotics; these are a kind of dietary fiber the bacteria in the gut feed on.

The use of over-the-counter probiotics for wellbeing has increased globally in recent years and their popularity has shown a significant increase among the general public. However, clinical results are not yet clear on the effects of many strains and formulations of probiotics. (2)

Probiotics may seem like a fairly new area of nutrition, however, scientists discovered them in the early 20th Century. Elie Metchnikoff, a researcher who is often thought of as the “father of probiotics,” detected health benefits from the frequent intake of lactic acid-producing bacteria. (3)

WHAT EXACTLY ARE PROBIOTICS?

As mentioned earlier probiotics are a combination of live bacteria and/or yeasts that naturally reside in the body. Probiotics are considered to be ‘good’ or ‘friendly’ bacteria and help to keep your gut and your body in good health.

Probiotics make up part of a larger community of bacteria in the body known as the microbiome. Your microbiome is a varied group of organisms that work collectively to keep your body healthy. Your microbiome is composed of microbes, these microbes are a combination of: Everyone’s microbiome is unique. For a microbe to be considered a probiotic, it must:

WHAT ARE THE MOST COMMON TYPES OF PROBIOTIC BACTERIA?

Probiotics are also made up of good yeast. The most common type of yeast found in probiotics is:

WHAT DO PROBIOTICS DO EXACTLY?

There is still a lot of research to be done on probiotics, but researchers have identified a few practical uses of probiotics. Probiotics can have a variety of effects on the body and different probiotics may act in different ways. Probiotics might:

There remains a lot of speculation over the effectiveness of probiotics due to limited research, however, there are various benefits that have been seen.

Studies show that probiotics have been helpful in the management of gastrointestinal conditions, many use probiotics to help treat diarrhea and constipation. There is also evidence that probiotics can help with: eczema, obesity, insulin resistance, and boosting the functions of the immune system.

Not all probiotics act in the same way. Different strains of the bacteria display different effects. For example, one strain may fight against cavity-causing organisms in the mouths and therefore does not need to survive a trip through our guts, whereas there are others that play a role in gut health. Probiotics are extensively researched for their effects on gut health. Taking probiotics can help the effects of antibiotic-associated diarrhea. Bacteria strains of Streptococcus and Lactobacillus have shown to help, but doctors also use yeast strains, such as various Saccharomyces boulardii, to help prevent diarrhea. (4)

Typically, when people take antibiotics for a long period of time, they often experience diarrhea. This is because the antibiotics kill many of the natural bacteria living in your gut, which modifies gut balance and allows harmful bacteria to prosper.

Probiotics have also shown to help with lactose digestion. Studies show that the probiotics used to make yogurt (Lactobacillus delbrueckii and Streptococcus thermophilus) release lactase, which enables the body to digest lactose. (5)

Sometimes you can find probiotics like Lactobacillus acidophilus blended in with other products like PNP Supplements has done with its Grass-Fed Whey Protein Isolate & Colostrum product, which provides 2 billion CFUs with each serving. This reduces the change of upset stomach and supports absorption and utilization.

Another growing area of research on probiotics is weight loss. People who are considered obese have distinctly different gut bacteria from those who are lean. Many scientists have thus come to the conclusion that gut bacteria play a role in determining your body weight. (7)

In one study completed on 210 people with central obesity (excess belly fat), who ingested the probiotic Lactobacillus gasseri daily there was an 8.5% loss of belly fat over 12 weeks. (8) When participants ceased to take the probiotic, they gained the belly fat back within a month.

Other studies have seen probiotics helping to lower inflammation, which in turn helps to combat insulin resistance, a major characteristic of type 2 diabetes. (9)

OTHER HEALTH BENEFITS OF PROBIOTICS

There are many other benefits of probiotics:

Inflammation: Probiotics have seen to lessen inflammation, a principal driver of many diseases

Immune function: Several strains of probiotics could augment immune function, potentially leading to a decreased chance of infections, including the common cold,

This is only a small portion of probiotics’ full benefits, as ongoing studies suggest a whole host of health effects.

There are many different types of probiotics available on the market. Some have been well researched, while others have not. One potential risk of probiotics is if someone has an immune system depleted by illness or medication, that probiotics could cause further upset.

Additionally, probiotics are considered to be dietary supplements, not drugs. This means that the FDA does not monitor them. There is little clarity for the consumer over the differences between probiotic supplements.

Given that microbes used as probiotics already occur naturally in the body, probiotic foods and supplements are typically considered to be safe.

There are some people who should take precautions when using probiotics as they may increase the chances of infection. These people comprise those who have: (10)

CAN WE GET PROBIOTICS FROM FOOD? A number of foods naturally contain probiotics in them (you may also find foods with added probiotics, such as Grass-Fed Whey Protein Isolate & Colostrum).

These are some of the most naturally probiotic-rich foods:

Yogurt: Perhaps the most recognized of all probiotic foods. It tends to include bacterial cultures of Lactobacillus bulgaricus and Streptococcus thermophilus.

Kefir: Kefir, a fermented milk drink boasts antifungal and antibacterial properties from the probiotics. Kefir can often be ingested by those with lactose intolerance.

Sauerkraut: Sauerkraut is a fermented food made from cabbage. The probiotics contained in sauerkraut are anti-inflammatory.

Kimchi: Kimchi is a fermented cabbage and radish dish. It contains many helpful bacteria, such as Lactobacillus bacteria.

HOW TO TAKE PROBIOTIC SUPPLEMENTS

Probiotic supplements come in many forms, including:

HOW TO START TAKING PROBIOTICS

If you would like to add probiotics to your diet, it is best to speak with your doctor or pharmacist first about whether probiotics are right for you. It is key to remember that not all probiotics act in the same manner and some have different effects, each one has its own individual benefits.

Typically, they don’t cause any harm, but an easy way to start is to introduce more probiotic-rich foods into your diet.

Another option can be to add a probiotic supplement or supplement containing probiotics, such as PNP's Grass-Fed Whey Protein Isolate & Colostrum supplement that was mentioned above.

For people who have an immune deficiency or are undergoing cancer treatment, they should not use probiotics without receiving confirmation from a doctor to do so. 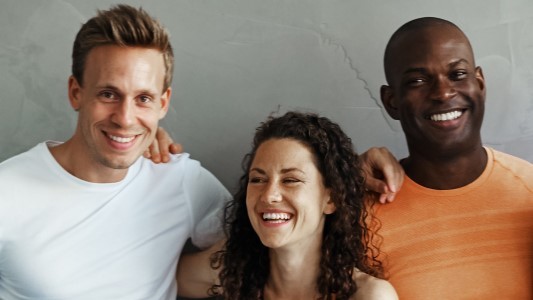